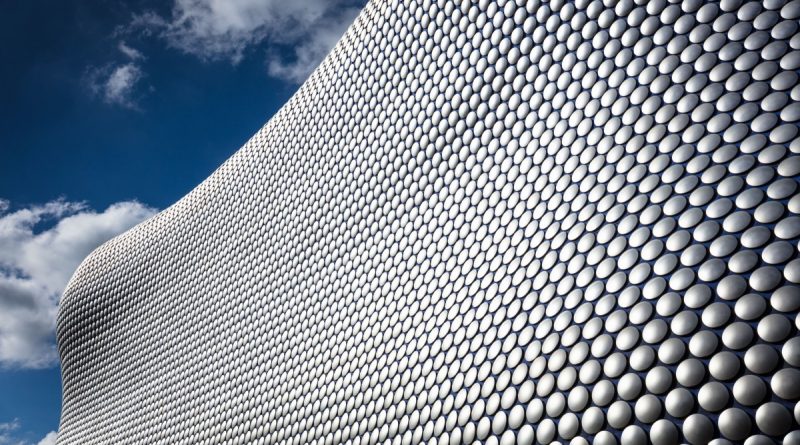 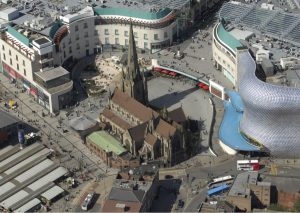 The Bull Ring is a major commercial area of central Birmingham. It has been an important feature of Birmingham since the Middle Ages, when its market was first held. Two shopping centres have been built in the area; in the 1960s, and then in 2003; the latter is styled as one word, Bullring.

The site is located on the edge of the sandstone city ridge which results in the steep gradient towards Digbeth. The slope drops approximately 15 metres (49 ft) from New Street to St Martin’s Church which is very visible near the church.

The current shopping centre was the busiest in the United Kingdom in 2004 with 36.5 million visitors. It houses one of only four Selfridges department stores, the fourth largest Debenhams and Forever 21. Consequently, the centre has been a huge success, attracting customers from all over the world.

Blob architecture is a type of wavy, curvy building design without traditional edges or traditional symmetric form. It is made possible by computer-aided-design (CAD) software. American-born architect and philosopher Greg Lynn is credited with coining the phrase, although Lynn himself claims the name comes from a software feature that creates Binary Large Objects.

The name has stuck, often disparagingly, in various forms, including blobism, blobismus, and blobitecture.

These buildings have been called blobitecture:

Other Architects Experimenting with Blob Modeling: